Before we move too far into the future, let’s pause a moment to talk about Halloween. Not the spiritual vigil of Samhain or seasonal harvest celebrations.  Let’s discuss the wholly secular, American and Canadian holiday of Halloween, complete with candy, costumes and PVC pumpkins.

It’s fair to say that Halloween has a somewhat uneasy place in the family of North American holidays.  On the one hand, we, as Pagans, fully embrace the festivities. It is the one calendar event that openly clings to its Pagan origins. When else can you buy a pentacle in TJ Maxx?   But, on the other hand, the celebration mocks its own spiritual roots, something that we hold very dear.

We aren’t alone in our unsettled attempts to navigate through the Halloween season.  American religious and community leaders repeatedly attempt to ban the holiday.  Why?  The list is endless including concerns over the overindulgence in candy, the potential dangers of trick-or-treating, the increased popularity of over-sexualized or violently graphic costumes and, of course, its Pagan origins. But the majority of folks really just want an excuse to party. Halloween provides a unique canvas that can only be topped by the decadent bacchanalia that is Mardi Gras. (The Atlantic, 10-30-12)

More recently, the Halloween debate has been getting larger – much larger. Over the past two decades, our secular holiday has been spreading across the globe, seizing the imaginations of youth cultures on every continent. The holiday has hitched a ride with missionaries, English language teachers and ex-pats. It’s being promoted by imported American cultural commodities like internationally-based Theme Parks, McDonald’s stores, Coca Colaproducts and Hollywood movies.  And, of course, the ever-increasing accessibility to the internet only fuels the proverbial fire.

In some regions, Halloween has been readily incorporated into long-established fall cultural traditions. In the U.K. and the Republic of Ireland, Halloween finds itself at its ancestral birthplace. Today, the newly-imported version has mixed with surviving local customs associated with, among others, Guy Fawkes Day.  As noted by English writer, Chris Bitcher:

“Trick or treat has now actually become a bona fide tradition in the UK ….Fireworks were our autumnal treat of choice and for a good little while we fought off any competitor to it. But then we gave that up and decided to embrace both.” (Your Canterbury)

Across the globe in China, Hong Kong and Japan, people have been enthusiastically adopting the holiday. Lisa Morton, award-winning writer of Trick or Treat: The History of Halloween, and noted Halloween authority, attributes this acceptance to the presence of two Disney Theme Parks  (Tokyo and Hong Kong), Hollywood horror movies and a fascination with American pop-culture. During my own discussion with her, Lisa added, “In Japan, there is a love of festivals and affection for costuming or “cosplay,” which is associated with anime and manga.”  In mainland China, Halloween is slowly replacing Yue Laan or “ Hungry Ghost Festivals,” during which people appease and entertain ancestral ghosts.  To fuel and solidify this cultural shift, China will be getting its very own “Haunted Mansion” at Shanghai Disneyland in 2015.

On the contrary, in continental Europe, Halloween has been receiving a less than welcome reception. In Oct 2012, the Polish Archbishop Andzej Dzięga, was quoted on Polskie Radio, as saying, “This kind of fun, tempting children [with] candy, poses the real possibility of great spiritual damage, even destroying spiritual life.” He warned against the “promotion of paganism” and a “culture of death.”  In 2003, CNN.com reported that France’s Catholics are trying everything to fend off a Halloween celebration they say is an “ungodly U.S. import.”

More recently, in Russia, the war over Halloween rages on. ABC Online reports that one Russian Education Ministry official called the holiday, a destructive influence “on young people’s morals and mental health.” The Moscow city schools banned Halloween celebrations claiming that they were concerned about, “rituals of Satanically-oriented religious sects and… the promotion of the cult of death.”  In the same article, an unamed Russian psychologist warned:

“Halloween poses a great danger to children and their mental health, suggesting it could make young people more likely to commit suicide.”(ABC Online)

Despite this heavily Christian rhetoric, the resistance is not entirely about religion.  In our discussion, Lisa explained that, “While it is difficult to fully separate the expression of nationalism from religious tradition, many European countries, like France and Slovenia, have strong anti-American undercurrents.”  Religious fervor may, in fact, be serving nationalist interests.  Lisa said, in the end, she “believes the protests are far more about nationalism than religion.”

This is expressed in an article by Paul Wood, an Englishman living in Bucharest:

Just as the North American grey squirrel has made the red squirrel almost extinct so has the North American Hallowe’en taken over with extraordinary swiftness, extinguishing older, weaker traditions. This too is life, I suppose, but it is part of the process by which the whole world is becoming plastic. (Romania Insider)

Despite the rejection, Halloween is still growing, albeit very slowly, deep within European youth cultures.  In Italy, Halloween is called La Notte delle Streghe or “Night of the Witches.”  In Romania, home of the Carpathian Mountains, the local economy is profiting from world’s fascination with Count Dracula. What a better way to spend Halloween than in Transylvania on a “real Dracula Halloween tour” complete with a four-course dinner and prizes!

Now, let’s move into the Southern Hemisphere where Halloween faces a new obstacle. Simply put, the harvest-based holiday does not apply. In this part of the world, October 31st marks the middle of Spring, not Fall.  Over the summer, I was reminded of this fact when wishing an Australian friend, “Joyous Lughnasah.” She responded with an equally joyful, “Happy Imbolc.”

In the Southern Hemisphere, traditional festivals continue to be celebrated in accordance with appropriate seasonal shifts with no noticeable attempt to transplant Halloween to May.  However, youth cultures have been showing a small amount of interest in an October-based Halloween celebration, particularly in the English-speaking countries of Australia, South Africa and New Zealand.  If for no other reason, the Northern holiday offers a chance to party and dabble in the macabre – even if it’s completely devoid of its seasonal aspects.

What about the Americas?  As noted above, the countries in the Southern Hemisphere do not recognize Halloween chiefly due to geographical complications.  However, the closer you get to the U.S., the more our secular Halloween has influenced local October traditions.  In Costa Rica, for example, locals “have taken this “foreign” holiday and used it to revive an ancient Costa Rican custom: Dia de la Mascarada Tradicional Costarricense or Masquerade Day,” reports the Costa Rican News.

Closer to home, in Mexico, the famous and mystical celebration of Dias de los Muertos is, now, often called Dias de las Brujas or “Day of the Witches.”  Halloween practices have been woven in to this largely religious holiday.  As expected, there has been backlash from Mexican nationalists and religious leaders.  However, Mexico is just too close to the U.S. to prevent the blending of two very similar October holidays. And that continues to happen in both directions.

There are some areas of the world in which Halloween has yet to find a home for reasons already listed. These areas include the Islamic Middle East, the heavily Christian areas of sub-Saharan Africa, Israel, India and parts of South East Asia.  I’ll go out on a limb and add Antarctica to that list – just to complete the geography lesson.

What does all this mean for Pagans? First of all, in every article for or against Halloween, a discourse emerges surrounding the origins the holiday.  In many of these reports, the author includes a reasonable account of Halloween’s Celtic origins and Samhain-based traditions. Modern Pagan language is, unwittingly, hitching a ride on Halloween’s broomstick.

With the growing public interest in Halloween, we may find ourselves more able to openly join in the global conversation and, at the same time, deal with our own reservations. Maybe we should embrace the evolving holiday, “seize the spotlight” and become the stewards of Halloween worldwide?  After all, the U.S. media loves interviewing witches in October.  Or, we could completely renounce the secular holiday and its derogatory effigies. We could join others in protest with slogans like “We’re a culture. Not a costume.”

Regardless of our personal feelings about the secular celebration, Halloween continues to gain popularity worldwide, year after year.  As a result, every October when the veil thins, a brand-new door opens for us providing a unique opportunity for a teachable moment.  Now, we can say that both the ancestors and the world are listening.

Note about Lisa Morton: Trick or Treat:  A History of Halloween. This book is an historical and cultural survay of Halloween’s evolution from early Celtic traditions and lore through the ages and across the globe. It is a good read for history junkies, like myself, or students of comparative culture. Within her detailed work, Lisa did reach out to consult Wiccans, world-wide, and gave a decent nod to the modern-day Pagan spiritual celebrations of Samhain or Halloween.

A big thank you to Heather Greene, as she is our first guest blogger.

Heather Greene: (Miraselena) is a freelance writer and digital media marketing consultant living in the South Eastern, U.S.  She has an advanced degree in Film Theory and History and a extensive background in commercial media and technology.  She spent the first part of her career working at a major Madison Avenue Ad agency and its subsidiaries, as well as several other corporations.   In 2001, she left it all behind to become a independent writer and has been doing that ever since.

In the Pagan world, Heather has served as Public Information Officer for Dogwood Local Council, the southern branch of Covenant of the Goddess.  In November of 2012, she will become the National Public Information Officer for the organization.  Additionally, she assists Lady Liberty League, as a media relations adviser and writer, for cases involving threats to religious freedom in southern public schools. Her reports have been published on-line and in Circle Magazine. She’s a Priestess with the Temple of the Rising Phoenix, which has been her spiritual home since 1997.
Heather’s other interesst fall into the realm of the creative.  She has always “found peace while dabbling in the creative energy that always seems to encircle her life through music, dance, color and words.” Currently, she is entertaining the muse through her own writing and through music as a singer and songwriter. She finds “power and inspiration in all that is reflected in nature’s beauty, family and friends.”
Twitter:  @miraselena01
Blog: www.miraselena.com
Facebook:  Miraselena01
Google +: Heather Greene 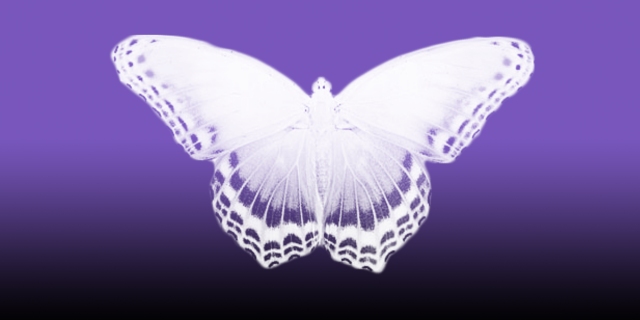 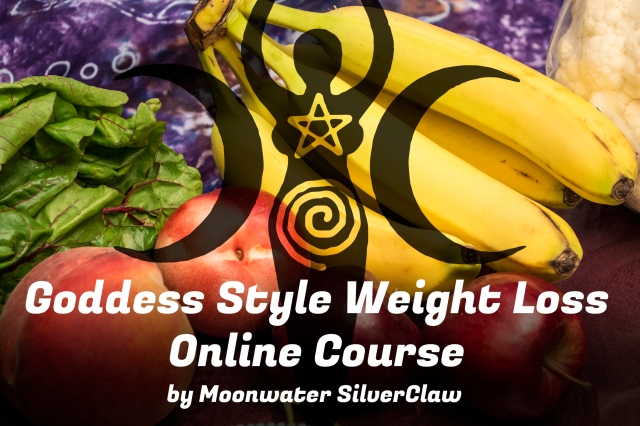 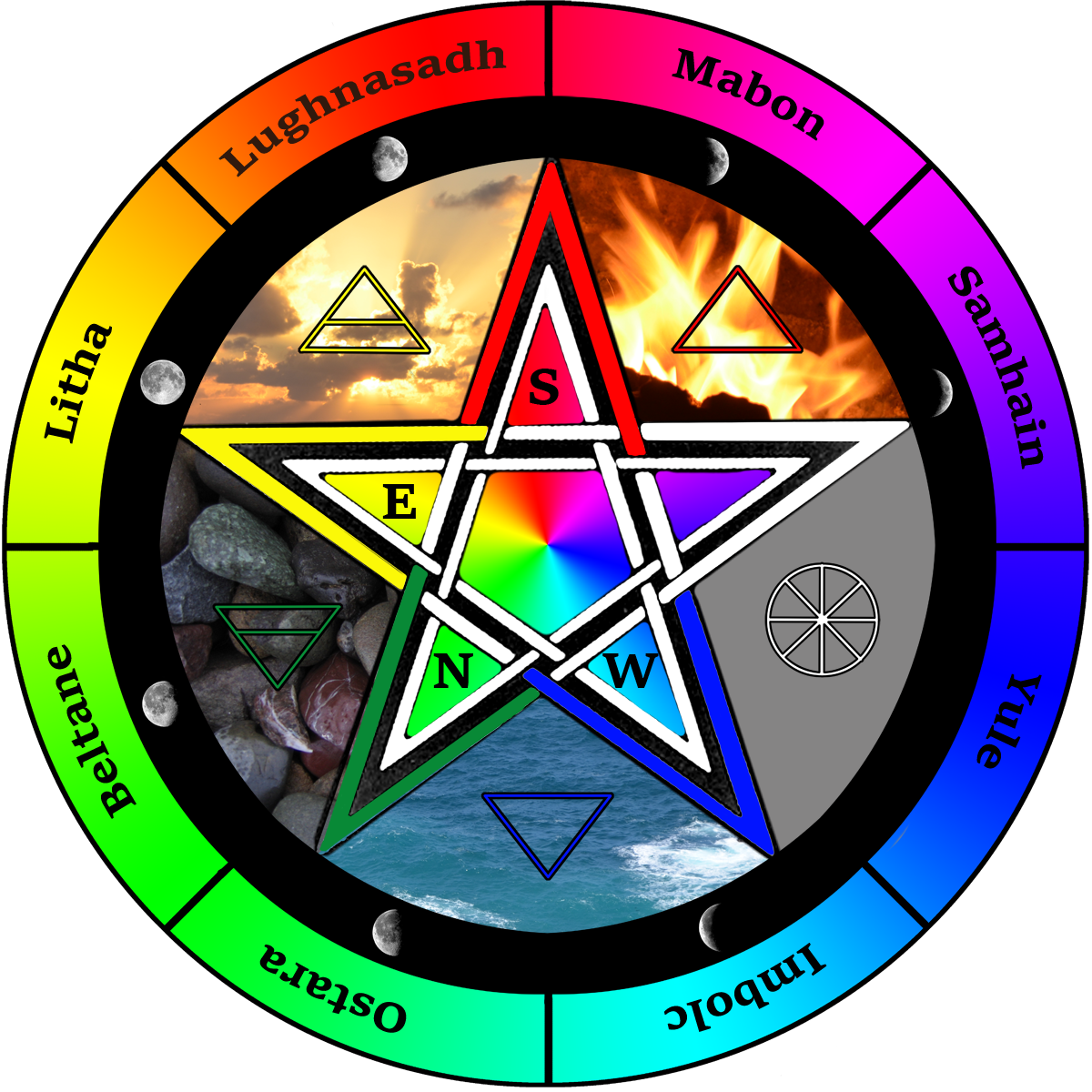 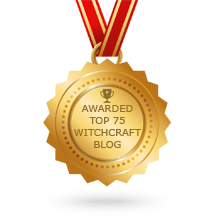